Before I begin a dissection of Martial Arts, perhaps some commentary upon the Euthanasia bill currently discussed in the Quebec National Assembly.   Sooooo,..  I guess that the whole ‘Charter of Values’ in Quebec was a smokescreen?   Duh!   So.. Within a few years, Grandma and the family dog, might both have the same rights…. Heaven help us and may God have mercy on our souls.
Stepping away from Theological issues and weighing in on a fun subject.  One that is dear to my heart, the Martial Arts and fighting.  Yup, I wasn’t always a passive seminarian who enjoys feeding the birds while writing poetry and sipping tea. :D  (Actually, I still don’t write poetry, and even as a seminarian still avidly train!)

A post reflecting a post that I wrote years ago with regards to the now old argument of ‘Traditional’ vs ‘MMA.’  Which is more effective?  First off, who will win?  As I mentioned, the better fighter period!  A person training traditional means that through his kata (Karate) or forms (Wushu), he will advance in belt rank or still sharpen his skills.  This does not mean that he will be the ‘lethal weapon’ he was promised to be in the local newspaper ad.

We have all seen the Youtube video of the ‘Kiai Master’ getting brutalized by the MMA fighter.  This sad reality is all too common place as guys training primarily in the traditional styles, (Taekwondo, Karate and Kung Fu) all seem to be manhandled by anyone with an elementary knowledge of groundfighting.  What isn’t being said, is the cultural development of why these ‘traditional’ guys are getting destroyed.  In the case of WUSHU, the empty handed fighting forms commonly known as ‘Kung Fu,’ you are learning a demonstration style which primarily finds its applicability inside a pure fighting style known as ‘Sanshou’ or ‘Sanda.’  This combat is comprised of stricking and throws(takedowns).   A ‘famous’ Kung Fu fighter who has done quite well for himself would be Cung Le.  There is also a grabbing perspective, in Chin-Na, you have seizing and grabbing, a pure form of grappling and control, which can immobilize through joint locks and with a simple ‘jerk’ seriously inflict damage.

Now onto the forms.  The forms were practiced by the monks mimicking the movements of the animals.  They comprise usually a predetermined set of movements, punching and kicking the air.  Forms are fun, they are vigorously exhausting, require memory and make use of the basic skills.  The problem is that most of these schools that are strictly form based, do not sparr or fight in a competition.  This clearly can give someone a false sense of security.  Great workout, but no fight experience= bad training!

Clearly, I will always defend Kung Fu.  Although as of the last three years and right now, my style is primarily Brazilian Jiu Jitsu.  Jiu Jitsu allows for full sparring at 100percent!! I also have some experience in Judo and wrestling, so clearly I’m more of a grappler.  Although I will always practise and consider myself a Kung Fu guy.  The reason that I stepped away from it was from a theological perspective as there were some philosophies that were incompatible with my Catholic Faith.  In recent times, I have returned to training from a pure kickboxing perspective and rehabilited the Kung Fu without the ‘buddha.’  Cross training has made me a more complete Martial artist.

Jesus calls all types of men to priesthood and again, our formation according to Pastores Dabo Vobis will always incorporate the human dimension.  I say this because often people will ask how a seminarian is allowed to train and play sports,.. They are usually shocked when I give them a little Quebec history lesson showing how most boxing and wrestling promotions started in Church basements.  ;)

Obviously, this post was more in tune with a sports/leisure/lifestyle dimension.  I will be returning with more theological reflections in the future. 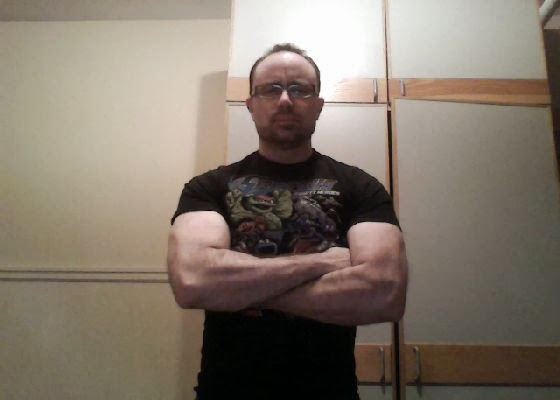