To Progress, Sometimes we Need to Regress


There are times when you need to go to that place.  The place, where only God can judge you and you remain free,. Free to be who God created you to be,.. You, Yourself, The ‘I’ that God intended for your identity.  At death, it will be you before God in judgement, no one else and despite certain sinfulness, failings and perhaps unachieved goals, you will always remain,.. well,. YOU.

Clearly the ‘You’ I speak of is ‘Me.’  It is 2017, and I remain still on the ‘outside’ looking in with regards to a potential vocation.  As I have previously mentioned, God reminds me constantly, that I remain a ‘work in progress’ so to speak.  (I guess we are all a ‘work’ in progress?)  The cemetery, Notre Dame de la Rue, and Jiu Jitsu, all keeping me somewhat sane.  I do, however have some strengths, in that I believe it is easier for me to relate to regular folks in general.  These strengths can also become weaknesses, perhaps leading me to be too narcissistic, arrogant and ‘worldly,’ and not grafted unto Our Lord.   I’ve been told I come off as ‘paternal’ as to some that is a good thing, while for others, it can expose their own lack of discipline /drive.  I have said this before, I remain a heterosexual man battling temptation on a daily basis.  I tend to ‘think’ deductively, and am not known for my appreciation of museums or the theatre.  While I remain open to these cultural expressions, I must admit that I can feel loneliness as the ‘oddball’ among others.  The cure is to increase my dopamine levels through working out(physical training) which presents an excellent compliment to my prayer life.  I remain a man, and yes,.. an Alpha Male.  I was raised that way, I can’t change my personality, all I can do is continuously ask Our Lord to purify it instead.

What do I mean?  Well,.. Here goes.  Too often, the people of God notice that some of the clergy are a little effeminate.  To elaborate, that an unusually high number of priests seem to be ‘out there’ when it comes to decorating, flowers, and vestments.  The Pope alluded to it as well.  I not singling out men who celebrate the Extraordinary Form, (In fact I would argue that they come off as more masculine) but I am singling out priests who seem preoccupied by certain Liturgical ‘fashions’ while forgetting that this stuff is an extension of an interior Faith and must not be simply for show.

Firstly, I do believe that a Roman collar or a soutane(cassock) should be worn by a priest when he is in public exercising a ministry.  Whether its on a hospital visit or teaching a class, depending the situation.  I don’t believe he needs the collar when at the gym weight lifting.  I do believe that it is a beautiful ‘visible’ sign.  Clothing and signs should not be used to acquire respect, and while yes, in Quebec, there was a time when the soutane elicited a negative reaction, there is now a certain courage for those priests who wear the collar or soutane in public.  Some are scorned, but most are respected.  As long as the outward sign reflects an interior reality, there is nothing wrong with it.

Secondly,. (This one is a humdinger!) I will speak plainly and pastorally.  While yes, there are a disproportionate number of homosexual priests, we shouldn’t categorize all to be like that.  Myself, I grew up with a gay friend.  I have never persecuted gay people.  While I fully support the teachings of the Church, I have never once been a bully or mean to anyone different.  In fact those who know me, know this about me.  I have always been able to separate the person from whatever he or she is going through.  The Church’s teaching is clear along with it being anchored in Natural Law.  The worst kept secret, is that the priesthood in some circles became a ‘haven’ for gay men ashamed to come out to their families and friends.  Well, society has changed.  The clergy however should not persecute or isolate those men discerning priesthood who are ‘alpha’ males, especially if we are to be open to everybody!

To conclude, I don’t pretend to know any answers to these issues,. However I will work with people authentically trying to search for some.  Life is complex,.. To further my point, the John Paul II video ‘Fishers of Men’ was what my idea of the priesthood was before going to seminary,.. Now that I’ve graduated, let’s just say that I understand why most men who practise ultimately end up with FSSP run parishes,.. It isn’t the lace, it’s the challenge and the attitude.  Until next time,.. I remain a sinner, a work in progress. 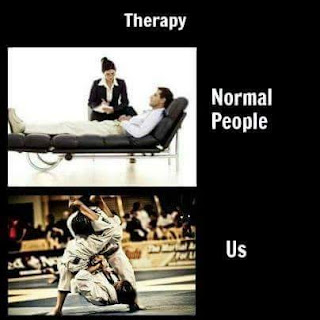 Sacred Heart of Jesus,..  Have Mercy on us!
Posted by Optimusmastro at 8:06 AM 1 comment: