Catholic Church declares salvation for atheists!  Yup, that was one headline, and I won’t even bother cite the source because it is so completely ludicrous that it doesn’t warrant a backlink to a news outfit so completely left of center and agenda ridden that it can make George Orwell green with envy.   In 2000, the Vatican released ‘Dominus Iesus’ a theological document clarifying certain positions with regard to person’s outside the visible Communion of the Catholic Church, while under the Pontificate of John Paul II signed by then Cardinal Joseph Ratzinger and thus began a flood of ‘Catholic Church changes’ headlines complete with spin doctoring par excellence!  (And you thought I was gonna reference Pope Francis!,.;))

‘Dominus Iesus’ was released to reign in certain ecuMENTALists relativising everything.  It contained nothing new, and still maintained that the Catholic Church possesses the fullness of Salvation.  Still, the media, complete with its editorial lapdogs rushed to interview every protestant, muslim and Buddhist they could find, in order for them to comment on the mean old Catholic Church once again being medieval.

In 2005, then Pope Benedict invited his buddy Hans Kung to the Vatican for a private 3 hour chat.  Similarly, the headlines began with ‘God’s Rottweiler getting soft’ and ‘Pope Ratzinger develops his ‘pastoral’ side.  Again, this time in 2006, then Pope Benedict made an academic  comment in an academic setting (Regensburg) referencing an 11th century Caliph… It took the media blitz of 48hours and lo and behold, worldwide protests calling for the Pope to be beheaded.  Sigh,..

Enter Pope Francis.  On an airplane coming back from World Youth Day, he cites the Catechism of the Catholic Church with regard to people suffering from homosexual orientation.  ‘If they seek God and to do good, who am I to judge? (paraphrased.)  He did not say, that the Church will reconsider gay marriage, or any of Her other teachings.  Recently, he wrote a letter to the Italian Press, and well, I’m happy that I understand Italian!  You would have thought the Pope canonized atheists!  The Church’s teaching regarding all those outside communion is the following!

First from the Church Fathers;

Ignatius of Antioch:  (Letter to the philedelphians)  Those outside visible communion.

Point through all of this?  That all religions are not equal.  The Catholic Church is the means to Salvation, and those outside of Her, should they attain Heaven, are not saved by their protestant faith, but by those Catholic elements in it those communities that are a means of Salvation.  Can one set sail for Europe on a rowboat?  The short answer is YES!  However, there chances of getting there are greatly reduced.  The fact remains that all the available Grace open to them in the ordinary sense will not be there.  So in common speak,..an 8 year old boy living in the southwestern Pacific island of yet undiscovered Klpxgs, speaking the language of ‘mookmook’ yet seeking to achieve the good that his conscience, in conformity with natural law desires can attain Salvation by Christ, in a way known only to Himself.  I firmly believe this, The Church believes this, and St Thomas Aquinas believed this!  We are Saved by Grace!  The ordinary form of this is found in Jesus’s ONE HOLY CATHOLIC and APOSTOLIC Church.  God will be our judge.

My friends, Pope Francis said absolutely nothing new, and yes atheists can be Saved.  Invincible Ignorance.  Are they free, and in clarity?  Two questions to ask when presenting the Gospel.  On a side note, let’s have some fun with the mass media, who is clearly pitting Pope Francis against Pope Emeritus Benedict,…Here we go!  Muahahaha!!! By the way, I read, and receive an awful amount of email, but always make time for Pope Francis' homilies;

On the 'ordination' of women?  Gasp! He's 'conservative! Quite hide that and don't publish it!   Gosh that Pope Francis likes to smile but he's against women's ordination?  I just can't believe it... hehehe...

On the Hierarchy/Magisterium of the Catholic Church?  Gasp! He's called out the heretic nuns on the bus!! I need to brew myself another pot of Sanka, by jove!  We were supposed to have elected in a 'Pope' who wouldn't 'Pope' in such an ideological way!  He was supposed to be the anti-Ouellet!!!  Get me Peter Parker and have him take more pictures of Spiderman, because we can't publish that!

Consecrating the Vatican to St Michael?  No,..Angels are mere literary devices, and well, that's soooo pre Vatican II!!  This Pope was supposed to concentrate solely of the plight of the Argentinian humming bird headed for extinction!

Joining the Pro-Life March in Rome?  Again,..we can't publish that mainstream! What will our current democratic lesbian editorial staff think? That we are anti woman?  This Pope is supposed to relax and be pro choice, because well, he smiles alot and cares for the poor.

Consecrating his Papacy to the Blessed Mother?  Noooo,..don't you dare publish that, that sounds like something Wojtyla would have done!  Pope Francis, the 'progressive' and Mary... Because everybody knows that a hallmark of heterodoxy is devotion to the Rosary.

I think you get my point.  Oh yeah,...He has also finished Pope Emeritus Benedict encyclical on Faith (which is beautiful and shows,..gasp!  Continuity!)  He has mandated a worldwide Adoration vigil, (another hallmark of social justice 'catholicism' sarcasm...) and recently pleaded for a worldwide prayer vigil and fasting to avoid a war.  (The last two weren't covered by the mainstream media!)

His new Secretary of State (Parolin) is a solid theologian, Archbishop Ganswein remains prefect of the Papal household.  To my American friends, Cardinal Burke is still head of the Apostolic signatura. (He recently ordained some Institute of Christ the King priests. )

For my fellow Liturgy lovers?  Despite a reprimand regarding the EF Form of Mass for the Franciscans Friars of the Immaculate (a move that I agree with by the way, as they used the Mass as a political tool...) The Summorum Pontificum Celebration/Anniversary is still taking place this October.  As well, in an address to the Italian Bishops, specifically with regard to this issue, 'The old Mass is not to be touched!'  It should be noted that Jesuits are/were never known to be great Liturgists...(See Msgr Guido Marini's aging the last 6 months..)

The media is clever and they are being told to divide Francis from Benedict.  The latest assault is that he is now friendly to Liberation Theology.  Some of it is good, while the Marxist stuff isn't.  So before anyone goes crazy; What are then Cardinal Bergoglio views on it?

'Though he is averse to liberation theology, which he views as hopelessly tainted with Marxist ideology, Cardinal Bergoglio has emphasized outreach to the impoverished, and as cardinal of Buenos Aires he has overseen increased social services and evangelization in the slums.' (The Conservative Touch) 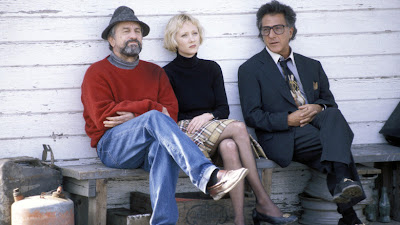 Social media has been quite lively especially within Catholic circles with regards to hostility between 'Conservative' Catholics as opposed to 'Traditional' Catholics.  This unfortunate battle, (authored by satan) is sadly dividing a camp that in theory should be united.  This trend has taken shape especially in light of the last 6 months.  Ironically, since the start of the Papacy of Pope Francis.

To be fair, I have never hidden the fact, that I am more of a Traditional mindset.  I have said before on this blog, that there is a disctinction between being 'Traditional' and being a 'Traditionalist.'  The latter presupposes an ideology.  While I generally tend to avoid labels, preferring Catholic as opposed to not Catholic.  (When I hear a person call themselves progressive Catholic, I ask them what they think of fluffy goldfish or three sided circles to illustrate my point.) I believe in the Church's teachings, (all of them) and affirm them when questioned about them.  My methodology with regards to apologetics, is to try and teach.  Using philosophy (metaphysics) and Theology, to show the 'Why' of controversial teachings.  Truth in itself can be confrontational, and the intellect then must make a choice to accept truth or not.  As Aquinas said, though,..'Information will only be received by the mode of the receiver.'

Conservative Catholics, the EWTN type, produce an incredible amount of solid television, apologetics and from what I can tell seem to act as a bridge especially for former protestant pastors on the way into Holy Mother Church.  This is a good thing, but perhaps the danger of being a 'professional' Catholic never set in.  You see, much of their staff have turned their 'guns' on Michael Voris, founder of Church Militant.TV.  Why?  Because in one of his Vortex episodes, he critiques the salaries of some of the people over at the establishment Catholic media.  It is true, that perhaps, Mr Voris could have gone to them in private first, yet nonetheless, these outlets have been constantly critical of him.  As far as I', concerned, I've met Michel Voris and found him to be quite charitable and accomodating.  A dude who sincerely cares for Holy Mother Church, and wants to do right by God.  The question is, when both groups, conservative and traditional start attacking each other, the question remains Why?  Sooo,..That being said, lets try to distinguish them.  A conservative Catholic accepts all teachings of the Magisterium, all papal encyclicals etc.  They will be more or less open to 'altar girls' and Extraordinary Ministers of Communion.'  A Traditional Catholic sees 'altar girls' as an exception to the norm (what it is)  See here .  Along with other 'exceptions' that are seen for what they are.  Tradtional Catholics usually prefer the Ad Orientum posture in Liturgy, in both Ordinary and Extraordinary Form of Mass.  The 'Conservative' is content with the 'Versus Populem.'  Both Conservative and Traditional are loyal, prayerful and have great devotions.  They both love and seek to do what is right by Holy Mother Church.  While both 'groups' are solidly orthodox, the Traditional will protect the identity a little more.  The error they can fall into is phariseeism and can come off as having a lack of love.  The 'conservative' will go with the flow, and the danger of their error is that they will accept the status quo and play ostrich.  A just middle must be found, still, why all the bad blood?

The short answer, as highlighted by Michael Voris, can be summed up by explaining that the crazy heretic crowd is heading into extinction.  So, there can only be two left.  As I've prayed about this shift, the reality is that the mainstream Catholic crowd, which takes on elements outside the Church is hesitant about exposing things inside.  Pope Paul VI, mentioned the smoke of satan, and well, we need to acknowledge it.  To defend the mainstream groups however, we need to see the Church as a family.  Nobody wants to admit mom and dad are fighting especially to the outside world.  While this may be noble, I feel that the time is coming to expose those inside the Church who are silent or complicit.  Pope Francis has thundered against 'career' ism, and can we not heed his call?

My friends, Traditional, Conservative, whatever,.. I believe the question is one of reverence and identity.  Our world is in a mess, and we, Catholics need to be together with regard to life issues and protecting Natural law.  Liturgical style? Ad orientum, Versus Populem, Byzantine, Melkite,.. All good, as long as we follow the rubrics set out.  The Liturgy is God's work, not our attempt at theatre.  I think all of us need a reminder.  Finally, we have to stop kidding ourselves that everything is fine, especially seminarians.  Pray for us, we need it!

Posted by Optimusmastro at 6:54 AM 2 comments: