Like all boys growing up, I had heroes.  These were men of virtue, characters who embodied true courage and nobility.  Honor perhaps is a better word.  Optimus Prime for instance, the courageous leader of the autoboots who gave his life for his cause.  He was calm, serene and composed. Another hero, was the character of Hulk Hogan.  He would yell and scream, encouraging all of us to ‘Train, Say our Prayers, Take our vitamins!  He always beat the ‘bad guys’ in wrestling.  (This of course distinct from the actual man who was jacked to the gills on **ahem** pharmaceutical aides!) Needless to say, that our heroes are people/characters we can try to emulate.  Well why not a priest?  I know some awesome holy dudes, trying to shepherd amidst this crazy world and they need our prayers!

Today is the Feast day of Our Lady of Guadalupe, the patroness of the Americas.  The Church in 2017 seems at a crossroads, but where there is much distress, there is even more grace to be acquired for our sanctification and the sanctification of others.  Heroes especially among the younger clergy are coming forward (along with some very faithful older priests), being bold and facing the world.  These men are heroes standing up for God’s faithful and encouraging us to grow, to think and to get Holy.

Too often today we see a disconnect between being ‘pastoral’ vis a vis being ‘doctrinal.’  This false notion must come to an end, and I believe it will through prayer and the JPII generation of priests getting ready to ‘take the reigns’ so to speak.  To be ‘pastoral’ doesn’t mean speaking in soft feminine overtones with no punch, it means administering the proper dosage of Spiritual Direction at the moment the Faithful need it.  It means forming the heart, so that the heart may mirror the heart of Christ Himself.  Most ‘doctors’ administering euthanasia come off as ‘nice,’ but it does not change the poison that they will give to the patient.

Instead of criticizing, we need to pray for our pastors, that they be men of prayer, holiness, courage, boldness and honor.  That they may preach with firmness and vigor, sometimes even rocking our worlds and causing us to think.  To paraphrase late Archbishop Fulton Sheen, in order to be a lamb in the confessional, you must be a lion in the pulpit! 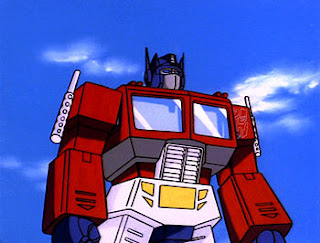 
Dude, what happened?,.. This phrase all too common.  My life altered on Jan 4th, 2016.  I suffered a nervous breakdown and requested some time.  Well, all the time in the world was accorded me and I in turn returned to a world, a scary world that I didn’t recognize.  The year precedent, I was in an awesome parish, vibrant, and fully convinced of my ‘call’ to priesthood.(in certain respects, I remain as such),. Fate perhaps, decided another path.  You see, I remain a sinner.  Arrogant, narcissistic, emotionally impulsive and perhaps unstable.  Perhaps I’m too self-centered, another vice that I need to work on.  One thing that is my strength however,.. I am no pu$$,.. err,. Let’s say ‘pushover.’ I was raised a certain way, in a traditional home where my father was my father, not my buddy.  He kicked my ass when I deserved it, and mentored and taught me in all things...  You get my point? 😉

The Church, Holy Mother Church, Her arms symbolic in St Peter’s square, seem to symbolize accompanying everyone.  Both on the ‘right’ and ‘left’ of the spectrum.  I considered myself neither, and strangely was convinced that even Jesus would find political terminology in His Church a little absurd.  I made and owned my decision, to the point where I still remember that the woman I was dating picked me up from ‘signing up’ and we went to eat Chinese food at a local place.  I made a tough choice.  I trusted God, it hurt.  Well,. It seems that even though I had a good report from Parish, my grades were good, I collapsed.  I’m 40, not married, no kids and with elderly parents. I’m in ‘panic’ mode.  Perhaps it was the forced fed ‘Pastoral’ theology Quebecois nonsense? (notice how I didn’t capitalize it?),. I tend to think so.

I am an integrated man, and my call to chastity remained rooted in a prayer life no doubt, but also a proper physical regimen.  In other words, I would ‘beat’ my body into submission through rigorous training along with avoiding any sugar ‘estrogen building’ foods.  There are tons of beautiful women in Parishes, and the man discerning celibacy must be aware of these dangers.,.. Now I’m gonna address the elephant in the room.  Has the priesthood become the bastion or safe haven for all the men seeking to escape the world?  The ones who were harassed in high school, couldn’t get a girl and couldn’t hold down a job?  Or I dare say were homosexual men?  I went there! (Let’s put our cards on the table,. When the so-called pedo scandals reveal that 90 % of the abuse was committed by men seeking post pubescent boys,.it’s a homo issue at its core!)   I wonder,..

Now forced to recommence dating, to negotiate a world that I had left, to do so with priesthood on my heart,.. to not have clear answers… Its all tough.  I continue to work in a pastoral dimension, perhaps this is what God is asking of me?,. I teach and train people in Jiu Jitsu, (They in turn become my children,..).. Where am I going?  On God knows and time will tell… In the meantime, this message is to all the men who thought they were bullied by men who ‘look’ like me… I’m sorry high school was rough, and although I was never bullied, I was never a bully either.  Perhaps to you, I was an ‘invader’ in your world.  All I wanted to do was follow God’s Will for my life.  As for the ‘pastoral’ theology, the reason men like me don’t excel at this, is simply because we don’t ‘think’ like women.  Men, whether they be priests or fathers, are called to a Spiritual fatherhood of heroic virtue, not of candy cane or Hallmark card emotionalism.  I’m sorry I’m being rough with you, but for men who were bullied, know that it was you who became the ‘bullies’ for men like me.  My crimes, not being into ‘singing’ and ‘painting’ and whatever else.  I wanted to lay down my life completely for Christ, but I clearly was not part of your clique.  Please do not say that I’m a clericalist, or  Have you cleaned feces from a homeless person?  Have you hugged a former or current prison inmate struggling with depression?  You don’t know me, and perhaps because I don’t give off the ‘Pink Unicorn Social Justice ‘Jesus’ you want, you decided to squash me.  I wish you no ill will or harm, but I pray and hope that you will leave us alone, not undertake marketing endeavours or otherwise spend diocesan money without addressing again, the giant elephant in the room… The FSSP and other Traditional communities are growing, the mainstream Church is aging,.. Is it not time to face reality?

I feel better having gotten this off my chest!

Marco,  **former** seminarian.
Posted by Optimusmastro at 12:01 PM No comments: