Martini, Dolan, and Other Musings...

So what`s my schedule like?  How are you enjoying seminary life and why did you have an ice pack non your knee earlier?  The answers,..busy, loving it and because (and this is specifically directed to my mom who reads `Confessions`) I twisted my knee playing floor hockey with other seminarians!  See Ma,..and you worry about Jiu Jitsu and boxing!!!!!!!  Its hockey with future religious that can be dangerous!  So I began writing this blog entry with an ice pack on my knee and a sad realization that I'm not in my twenties anymore,..

Monday is now part of our collective history, and we Quebecers, (the last province to allow women to vote) elected for the first time a female premier.  The Parti Quebecois is now the government and Pauline Marois is now the premier of `La Belle Province.`  Guess what?  I do not agree with anything she stands for, nevertheless, I will congratulate her on making history.  She has a minority government with 54 seats while the Liberals have 50.  The CAC headed by Francois Legault came in with 19 seats.  Sadly,.the news doesn`t end there as a fanatic attempted an assassination claiming `anglos` won`t stand for her policies.  I have always prided myself on living in a fair and democratic society,..so that cretin does not represent me.  Continuing,.. Jean Charest lost his seat in Sherbrooke and consequently announced his resignation from politics.  Classy and elegant,..well done Monsieur Charest!

On the international scene,..Cardinal Martini passed away.  Again,.I did not agree with much that he stood for, nevertheless I must admit that he was a brilliant Biblical scholar.  Sometimes we get stuck on his personal opinions,..and then can't appreciate anything else from his works.  As well,..while I once scratched my head over Cardinal Dolan's decisions,..watching him enter the democratic 'house' and beat the 'sh$%' out of them in their own living room was incredibly inspiring!  I am sooooo happy to have been soooo wrong!  Sometimes the Holy Spirit gives us a little wink,..reminded us that it is ultimately God's Church,...God is always in charge! 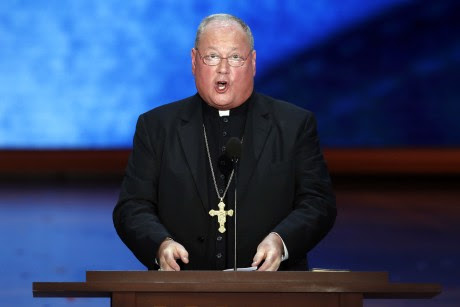 It is clear that the Church is ressurecting and the John Paul II generation is now officially in control, men inspired by the Holy Spirit to reclaim the Church after a period of nuttyness.  Truly exciting times are ahead!!!!!!!!!!!  God bless!

Great news, Marco, and God bless you too.